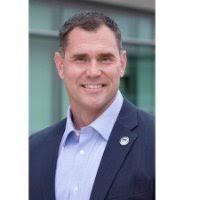 IndyCar is expected to announce a new front-office hiring this week but it won’t be Derrick Walker’s replacement.

RACER has learned that Kirk Dooley is joining IndyCar is some sort of liaison role involving competition and operations. Dooley is a U.S. Marine Corps veteran and Purdue University graduate who has no previous racing experience but admits in his profile below he’s a big racing enthusiast.

“I am a Marine Officer retiring after 24 years, concluding a rich and diverse career that I will forever be grateful for. Now, I am excited to start the next chapter and look forward to continuing a track record of success by fusing a wealth of experience with new and interesting opportunities.

“My expertise spans multiple military industries as a Special Operations and Intelligence Officer. Executive-level leadership with a proven reputation in mastering complex roles amidst challenging and dynamic environments, and a talent for compressing the learning curve timeline.

Whether I embark on a path to harnessing my passion for motorsports, or simply continue to lead talented teams and organizations to great success, I am committed to carrying the same bold enthusiasm I had as a Marine into the next endeavor.”

After his first full season in IndyCar he had what is considered a successful year. With one podium and several top 5’s he left everyone wanting him back in the 2017 season

At the end of the season awards banquet Conor was given the award for passing more cars during all the races than any other driver in the 2016 season. 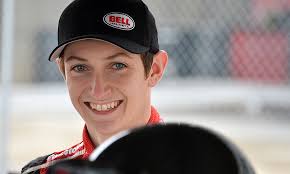 At 4 years old, Zach Veach told his parents exactly what he wanted to do when he grew up.

“One day I want to be a race car driver,” he told them. “One day I’m going to race at the Indianapolis Motor Speedway.”

It was early on a Sunday morning in 2013 when Veach drove his Indy Lights car off of pit road and onto the warmup lane in Turn 1. He recalls the track featured a “beautiful golden glow of sunlight.”

“How incredible is it to have this opportunity?” he thought.

Three years later, Veach is still dreaming. His goal – to race in the IndyCar Series – is so close he can “almost touch it.” A win in Friday’s Indy Lights Freedom 100 would go a long way. Despite numerous setbacks over the past few years, Veach is confident that he’ll soon be in the Indianapolis 500.

Veach has made the most of his 21 years. He’s a mountain climber. He’s written a book. He’s been a spokesperson for Oprah. He began racing go-karts as a 12 year-old and hasn’t stopped racing since.

He began climbing indoors when he moved to Indiana in 2014. He and fellow racer Dalton Kellet are going to Yosemite National Park after the season. Within the next five years, Veach wants to free-climb the nose of ‘El Capitan’ – something only five people have done in the last 20 years.