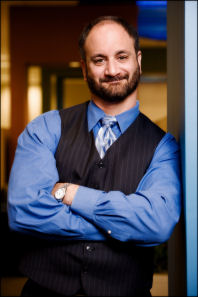 Tony is the owner of SportsCar Vintage Racing Association, SVRA. After 30 years of success in the telecommunications industry he shifted his career focus to his true passion: auto racing. He raced dirt ovals as a young man and today Tony focuses on vintage racing. Since his acquisition of SVRA Tony has transformed it from a club racing group in to a full-fledged business with a national platform. SVRA will present 13 race weekends at all the major American road courses including Sebring, COTA, Sonoma, and the Indianapolis Motor
Speedway.
A graduate of Harvard Business School’s Advanced Management Program, and a 23-year veteran of the telecommunications industry, Tony has served in a number of executive management positions throughout his career. Most recently, Tony served as Chairman of Shared Technologies Inc., a company he led since 2004. Highlights of Tony’s professional career include:

The Trans Am Race Company, LLC (TARC) has announced Tony Parella, by way of Parella Motorsports Holdings, has acquired controlling interest in the TARC ownership group. Parella reached an agreement to purchase the stake previously held by Mike Miller, who departs the ownership group that presents the Trans Am Series presented by Pirelli.

Through his additional investment, Parella now controls the majority of TARC shares while David Jans, John Clagett and Simon Gregg retain minority ownership stakes. Parella joined the ownership group in late July of 2016 and in June of this year acquired, along with Mike Miller and David Jans, the shares held by Jim Derhaag.
“Since joining the ownership group last year Tony has consistently expressed a desire to take Trans Am to the next level,” said John Clagett, President of The Trans Am Race Company. “Tony’s enthusiasm and love for our sport is unquestionable, and I look forward to working with him as we continue to build the Trans Am brand and competition platform to improve on the progress we’ve made since the creation of The Trans Am Race Company in 2012.”
He knows Dave Dusick
Join the Dave Dusick Foundation on Thursday, December 7, during PRI Week 2017, for an exciting charity event! Seize the opportunity to connect, mingle and have fun while making a positive impact in our community. The Racers Know Dave Dusick Charity Event is being hosted at Indianapolis’ newest event venue space, the National located at 215 E 38th St. Indianapolis, just 10 minutes from downtown. The event space is currently undergoing renovations to restore it to the original art deco architecture and style with modern amenities, making it Indianapolis’ newest up-and-coming event venue.
Doors for the event will open at 6:00 p.m. with a cash bar and food stations. Racing and sports memorabilia, as well as several other enticing items will be up for raffle. The night will continue till midnight with live entertainment.
As always, proceeds from the event will benefit the Dave Dusick Foundation: a not-for-profit entity whose mission is to provide support to families that have a child who suffers from a life-threatening or life-altering illness. Currently all of the proceeds from the DD Foundation go directly to Riley Hospital for Children.
Dave and his partner have a company Race Track Engineering that manages sound with the PA systems and they also handle sound for both IndyCar and the Mazda Road to Indy Series. They have also updated a number of systems at venues around the country.
Bill Throckmorton and his sidekick Stephanie
Bill and his bride Stephanie are making a documentary on the racing life on the late Grant King. They have many of drivers and guys that worked for Grant over the years. Grant at times could get “crankie” and was known to pitch tools on occasion.
Grant was known as a quality builder of Sprint Cars as well as Indy Cars. The guys who drove for and competed against him is amazing.
The number of his drivers and competitors that wanted to tell their stories is amazing. Some wanted to talk about what a horses potato he could be and many talked about what an outstanding car builder he was with forsight on what was needed to gain speed. The only thing Grant lacked was enough money to faster.
The video is pretty much complete and is now entering the editing stage. This means there truly is a light at the end of the tunnel.
At the completion of the program Tuesday a 15 minute tease of the documentary will be shown on the McGilvery’s Big screen. you will want to see this.
See you Tuesday evening at McGilvery’s Speedway…