Dave is an award winning author with books on Jack Hewitt, Brad Doty, Earl Baltes, Doug Wolfgang, “Speedy Bill Smith” and Chris Economaki to name a few. The Hewitt’s Law book has been updated with additional chapter and more photos.
In addition to writing Dave is a reporter for Mav TV. His broadcasting career has been developing for some years to his current regular work at a number of events that will include the 2018 Chili Bowl being broadcast live on January 9th on Mav TV. 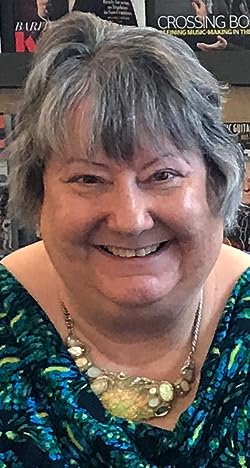 Linda paved new paths for women in motorsports when the late Chris Economaki hired her as the first female editorial staff member of National Speed Sport News. She’s still writing for Speed Sport; in fact, next May will mark her 40th year as a reporter for that publication.

Her journalism career started even before that, as she started supplying race reports for her local newspaper in Pennsylvania before she even had a permit to drive. That led to her editor assigning her other sports to cover and even other beats, such as state government news reporting. She had over 100 newspaper stories published and had sold a magazine article to “Stock Car Racing Magazine” before she was graduated from college.

Mansfield also owns a motorsports public relations company, Restart Communications, which has a wide variety of clients in many forms of motorsports. Two of her clients have been the overall winners of the Rolex 24 Hours of Daytona. She has been instrumental in helping many young drivers during her career, including some of today’s current IndyCar drivers and Andy Lally, a multi-time sports car champion and the 2011 NASCAR Sprint Cup Rookie of the Year. She is also the PR rep for Ryan Tveter, an American who finished eighth this year in the GP3 series in Europe as a rookie, and Nolen Racing, a top USAC Silver Crown team.

Linda released four books of fictional, seasonal short stories this year to complete the “Two Good Feet” series she started two years ago.
The first book in the series for teens through senior citizens, male and female, is “Stories for the 12 Days of Christmas.” This year she added, in order, “Twelve Stories for Spring” in May, “Twelve Stories for Summer” in July, and “Twelve Stories for Fall” last month.
Each book contains a baker’s dozen of stories, so the complete series offers 52 stories, or one for every week of the year. “A story a week is the perfect Christmas gift for that hard-to-buy-for person who has everything,” Mansfield noted.
Her goal was to provide enjoyable quick reads for busy lives, since a short story takes far less time to read than a novel. They are especially popular with travelers.